Commentators known to spread disinformation on climate change are using the COVID-19 pandemic to downplay the threat of environmental crises and undermine action, DeSmog...

A review of the comments submitted to the U.S. Department of Energy (DOE) on its proposed rule to fast-track the export of small-scale liquefied natural gas (LNG) shows that roughly two dozen of of the 89 comments were directly copy-pasted from either industry itself or else pro-industry materials written by the DOE or Congress.

Furthermore, all of those copy-pasted comments are anonymous, a hint that the oil and gas industry may be behind an astroturf-style comment-submitting campaign for this rule. Only one letter favoring the proposed rule, written by the American Petroleum Institute and the Center for Liquefied Natural Gas, has the industry's name on it. Three other comments supporting the rule have actual names of individuals, a law school student, a college student, and an individual who DeSmog confirmed wrote the comment out of personal interest and for a public policy course at his university.

The nation’s largest electric utilities have been relying on a political consulting shop to portray their efforts to attack rooftop solar as having support from the “grassroots” for at least the past year.

The consulting group, DDC Consulting, has carved out a niche for itself at conjuring up “astroturf” — or faked grassroots efforts. Indeed, the firm’s website says that it specializes in designing, managing, and executing advocacy campaigns that “shape public opinion, sway decision-makers, and affect outcomes in the legislature, the press, the board room, and the public eye.” DDC was just exposed as the PR firm behind an effort to portray imagined support for natural gas pipelines, this time funded by the American Gas Association.

FrackFeed.com is a new oil and gas industry-supported website whose mission is to challenge the negative public perception of fracking. That’s a tall order since public awareness and opposition to fracking is growing following the passage of a fracking ban in Denton, Texas, as well as a de-facto ban in New York and other high-profile efforts to protect public safety and water supplies by limiting or outright stopping the risky shale extraction technique in communities worldwide.

The group behind the FrackFeed.com website, North Texans for Natural Gas (NTNG), claims it is “a grassroots organization” that “aims to give a voice to those who support natural gas.” But as readers of DeSmog know, the oil and gas industry has long used expensive astroturf tactics to gin up the appearance of grassroots support to mask what are actually corporate public relations campaigns.

”When the fossil fuel industry tries to pretend it’s a grassroots movement, it always manages to fail the Turing test,” Bill McKibben, founder of the environmental activist group 350.org, told DeSmog. “I mean, there’s something just inextricably bogus about it.”

As first reported by Ricochet, Erin Jacobson, the recent director of communications for the NDP, Canada’s official opposition party, will be helping advise TransCanada on developing the astroturf campaign, bringing her expertise in Canadian public affairs and developing digital political campaigns.

As revealed in documents obtained by Greenpeace (reported Monday on DeSmogBlog), TransCanada hired Edelman, the world’s largest PR company, to create a “grassroots advocacy” campaign to help push the oilsands crude pipeline through the eastern provinces to New Brunswick.

A document prepared by Edelman for TransCanada, titled “Grassroots Advocacy Vision Document,” dated May 15, 2014, lists Jacobson as “Canadian program lead,” and explains that she “will join the Energy East team to provide Canadian-specific advocacy counsel.”

Documents obtained by Greenpeace detail a desperate astroturf PR strategy designed by Edelman for TransCanada to win public support for its Energy East tar sands export pipeline. TransCanada has failed for years to win approval of the controversial border-crossing Keystone XL pipeline, so apparently the company has decided to “win ugly or lose pretty” with an aggressive public relations attack on its opponents.

The Edelman strategy documents and work proposals outline a “grassroots advocacy” campaign plan to build support for TransCanada’s Energy East pipeline as well as to undermine public opposition to oil and pipelines generally.

The documents should cause well-deserved embarrassment for Edelman, the largest PR company in the world, as well as TransCanada.

But this is not just a temporary black eye for a PR firm and its corporate client. The Edelman documents reveal a broader industry campaign to undermine the public interest and attack the oil industry’s critics across the board.

The political carnival that is the prelude to the Iowa caucuses has started over a year and a half early. At the center of it this time around: a game of political hot potato over the northern leg of TransCanada's Keystone XL tar sands pipeline.

James Jones used his time on the podium to promote the Keystone XL tar sands pipeline, which another James — retired NASA climatologist James Hansen — once called a “fuse to the biggest carbon bomb on the planet.” 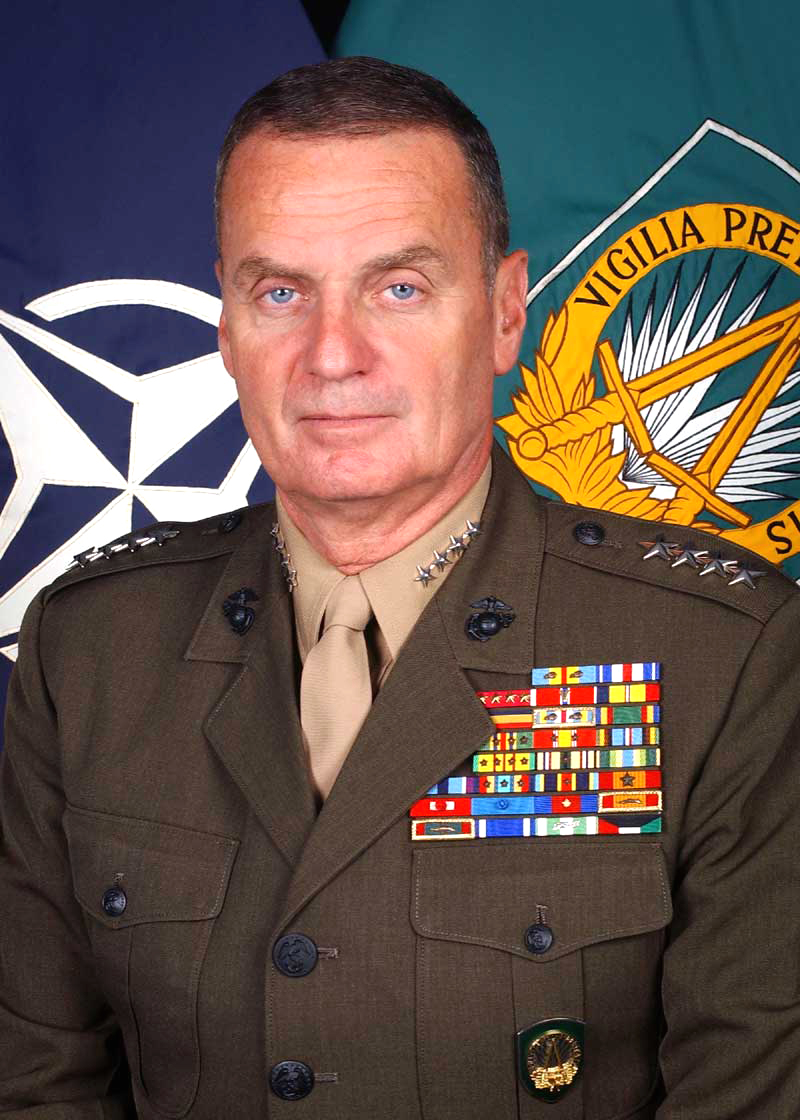 Days after the Obama Administration decided to delay making a decision on Keystone XL North until after the 2014 mid-term elections, API went on the offensive, with Jones acting as the group's surrogate.

API is using one of its numerous front groups that could factor most prominently during election season: the Iowa Energy Forum, chief sponsor and organizer of the event titled, “The Pipeline to National Security Discussion.”

Earlier this week, a Craigslist posting popped up that had that fresh stink of industry astroturf. The posting, listed for New York City, was from a mysterious company known only as “Ovation,” who was looking to hire “volunteers” to protest the construction of wind farms in Scotland and England.  The protest is to take place in front of the British Consulate in Manhattan on January 30.

Here is the full Craigslist posting, which has since been removed:

The third in a series about Dick Armey and his relationship to the tobacco industry throughout his career. See part one and part two.

In his last job as head of Freedomworks, Dick Armey became a more consistent and reliable ally for the tobacco industry for at least one of their pet issues: cigarette taxes.

Ohio is referred to as a “battleground state” due to its status as a “swing state” in presidential elections. But another important battle is brewing in the Buckeye State, also set to be settled in the voting booth.

This battle centers around a “Community Bill of Rights” referendum in Mansfield, OH and will be voted on in a simple “yes/no” manner. Mansfield is a city with roughly 48,000 citizens located 80 miles southwest of Cleveland and 66 miles northeast of Columbus, right in the heart of the Utica Shale basin.

Eric Belcastro, the Pennsylvania Organizer for the Community Environmental Legal Defense Fund (CELDF), explained the rationale behind the “Bill of Rights” push in a blog post:

Faced with the permitting of two 5,000 foot deep injection wells in Mansfield by the Ohio Department of Natural Resources (ODNR)…[t]he amendment would drive a community Bill of Rights into Mansfield's charter and then prohibit the injection of fracking wastewater on grounds that such prohibition is necessary to secure and protect those community rights. The amendment also recognizes corporate “rights” as subordinate to the rights of the people of Mansfield, as well as recognizing the rights of residents, natural communities, and ecosystems to clean air and water.

The ODNR, in a study published in March 2012, linked the 12 earthquakes that have occured in Youngstown, Ohio to injection wells located in the city.

Though the “Bill of Rights” has the full support of the City Council and the Law Director, as well as the city's newspaper, the Mansfield News Journal, one faction in particular isn't such a big fan of the Bill of Rights: the oil and gas industry. In response to the upcoming referrendum vote, the industry has launched an 11th hour astroturf campaign to “win hearts and minds” of those voters still on the fence as it pertains to the “Bill of Rights” in the week before the election.

DeSmogBlog has obtained images of flyers distributed via a well-coordinated direct mail campaign conducted by the oil and gas industry in Mansfield, made public here for the first time in an exclusive investigation.

Just three short years ago, it appeared that North America was on the verge of finally kicking that nasty dirty energy addiction that was crippling our economies and our energy independence.  The United States had elected a president (Barack Obama) who set incredibly lofty goals for renewable energy targets, and green energy investments across the continent were higher than anywhere else in the world.